I am so sorry I have been a way for a while. Seemed like so much exploded at one time, that I didn't know if I was coming or going anymore! To get back into the swing of things, as many of you emailed stating you were sending out search parties, I am still alive and trying to play catch up! Hahah! I would first like to say a huge THANK YOU to "Brittany" who created my badge you all can copy and for my new header at the top of my site. She has also reconnected my FB page and resource feed, in which many have told me my old one was not working. I think it looks great! So what's been going on? Waaay too much. Since my last post, I told you we had a Recovery Care Coordinator who has worked sincerely hard to get my husband where he needed to be. So far, we now officially have two Line of Duty injury forms and awaiting more to be approved.

I just cried when the Commander of my husband's unit called last week and said he had received, signed and sent them back. It was a little bit of closure for my husband and of course, much more closure for me. I have been fighting so long, I am not sure what else to do now as most of our issues are being addressed by several people. I know fighting will still be part of the whole process, but I am in unfamiliar territory and that part scares me some. I keep hanging on to the thread that the big man upstairs has plans for me, and is guiding me. I questioned it yesterday on a trip to town while combating the rambling thoughts that entered my mind as I drove. Then I passed a sign that said "There are no such things as coincidences, only God being anonymous". I am not overly religious but do believe there are signs that appear when we need them most and possibly this is one of them. Corny sounding I know...but hey, it just made sense that sign was there yesterday when I have made that same drive and never saw it before.

So other than waiting in a standoff with the military over pretty much everything, The mistress has had some health problems. I probably should be, in all honesty, be the poster child of "Stress Kills" and my heart has been acting a little goofy. I haven't been feeling good for a long time and just haven't been able to get to the doctor and when I did...seemed like they would only treat the symptoms, not the root of the problems. I am trying to disregard the building worry that's buried inside my stomach, as it may be nothing but tons of stress. I did find out that I would have to have surgery on my left leg this year, and follow in my husband's footsteps by getting a C-Pap machine. Nothing is sexier in the bedroom than matching bedside C-paps! I told my husband now we can bump Darth Vadar masks together at night and he can make fun of me for a change! Won't know much until I have all these heart tests done and of course, I am having to wait. I learned quite a while back that the military and the VA system has totally burned the patience bridge many years ago. Between all the testing, the military, the VA and dealing with family...it's been all over the map for me as of late! So under orders of rest, relax, calm down and keep the legs elevated. Under more medications, but that's ok and I have an awesome Cardiologist!

So now on to some AWESOME news, and one I haven't shared with many people as of yet due to concerns over jinxing our plans if we spoke too soon (yes, this has happened-call me Mrs. Gun Shy). We had previously applied through Puppies Behind Bars program for a service dog last year as many may recall only to get denied due to my husband not being a "strong enough candidate". We bombarded them with tons of reference letters speaking on our behalf and had all of our paperwork in place, but just didn't work out. So after January when the bottom fell out on my husband, I realized maybe we should try again but didn't know where to start. Through a fellow blogger, Gina Hill, I was put in touch with Penny's From Heaven Foundation and man oh man...knew I was speaking to some genuine caring individuals who put the warrior's concerns and health first, than concentrating on finding out what they did in Iraq or Afghanistan.

After a few weeks of talking, an application which wasn't scary and many many phone calls with the director of the TADSAW program (Train a Dog Save a Warrior) they had us approved and choosing the perfect "battle buddy" for my husband. The TADSAW program saves dogs from shelters and off the streets, and trains them to help others in many different ways. I was first drawn to Penny's from Heaven because of this ideal method of getting animals into service work as we have many many animals in shelters across the US simply thrown away. We adopted "Taco" our Chihuahua from someone who was going to take him to the pound if she couldn't find a home for him, and he turned out to be the best thing in the world for me! So after some choices on which dog would be best for my husband, the strong silent type.....it was decided that we would be getting.....

Gunny, like Uncle Sam's Mistress and my husband, has an interesting story and is a fighter. I don't believe that anyone in the world could have paired up a more perfect animal with a family, than PSFH did. This particularly handsome devil had an expiration date with the euthanization chamber and was rescued by Patsy Swendson, founder of the foundation. After a bit, he became very ill with distemper and after tons of love, prayers and a whopping vet bill, Gunny was cleared 100% for the duty of love, work and play! He is a fighter like we are, and I have to tell you dear readers....when we first got the pictures of Gunny (Or Gunny Sarge as my children lovingly refer to him as), it was like "Oh there you are! Yep...that is definitely you!". My husband was ready to go to TX months ago, but they still had some training for Gunny to do.
I don't know much about service dogs for PTSD or for any type of mental or physical handicaps. This is one area that I had to admit, the Mistress is just now diving in to looking up information. I do know some soldiers who have one, some veterans that swear by them, and spouses who wholeheartedly agree with all of it. I do know that animals have a keen sense of intuition and my beloved Sam, whom we lost this year, was proof to the healing powers that animals have. "Gunny" will be joining our family on August 12th, in which we are very excited about! More importantly, its been a HUGE difference here at home with my husband. He has been talking about trying this place or that, and well......just has hope. We leave for San Antonio, TX for three weeks to train with my husband's service dog. I will be writing much about this because there are several reasons other than just saving an animal to help save a warrior. The thing that caught Uncle Sam's Mistress's attention, was the fact they took the time to get to know us as a family, each as individuals, our personalities, our faults, our mistakes, our victories and what we have learned, and well...just took the time to find out how we were doing. I know applications are important, but how can you really really learn about someone in a few questions and some paragraphs? 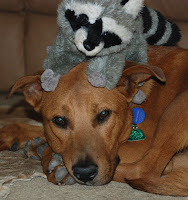 I really like the fact that they have bent over backwards for us and was able to help secure funding for travel, food, and anything else they could think of. More importantly, they have become a part of our family and that's what makes them stand out in my opinion. While there are many service dog organizations out there, I think I have to say I am biased because they took such great care in not only planning, choosing, and making sure we were a good choice to be awarded a service dog but making sure they knew who we were. 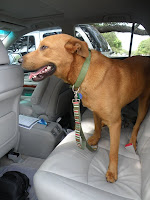 I know I can be often long winded, and detailed...so today due to time constraints and three bickering kids, I will let you connect to the link and check it out. I promise if you are in need of some hope, some help, and have the will and drive to work with a service animal.....five dollars says there is a dog waiting for you somewhere. You can check out Penny's From Heaven and all that they have done here. They are open to any and ALL Veterans so no need to worry about applying my Vietnam and Gulf War Brothers!

I will write more later but wanted to thank everyone who sent concerned emails about my absence. We just have had so much to get done before I leave with my husband next week, and the time is just slipping away! I will try to be a little more attentive to my blog as I know I have been slacking a little with it. Hey, never said I was super woman although some days I sure could use the flying cape!