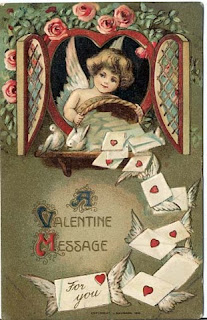 Wow, I am really falling behind these days! Where is the time going? With doctor's appointments and such, its been hectic, extremely tiresome and well me? I am just all over the place! Seems like things are piling high on my desk, my email accounts and my two Facebook accounts. Things have been really hard here at home. Some of it, I can honestly say, I have had my buttons pushed to the limit with my husband. I don't know why I am really surprised...this comes every year at this time. I try not to engage in a battle because I know no matter what, I always seem to lose out and always am to blame for all that goes wrong. I haven't been doing good health wise, so that has played heavily not only on my mental health but physical health for sure! I think most of all...I am still hurt over words that he has said and it dawned on me that over the past five years? I haven't forgotten much of what he has yelled at me. I don't think I have ever forgiven him either.

This last argument in the past couple of times, I laid it all out there and more than likely hurt him too. For that, I feel ashamed but not sorry for what I said. I was always raised on "careful what you wish for" and " Watch your words cause one day you might just have to eat them". I said things I shouldn't have but so did he and his words hurt much worse. I thought I would feel better but the good person inside me feels shame and no better than before. A person can only take so much and I think after five years, I was long over due for a complete melt down. I have cried and cried for the past four days. I didn't realize until they started, how long it had been since I have broken down.

I feel restless although I have so much to do. I just can't seem to get motivated to do much of it because most of it is for him and I am angry and hurt. I want to buck against him and therefore not do a damn thing.  I am really exhausted but can't seem to get enough sleep. Doctor says its because I am still healing from major surgery and just haven't had the down time I needed to recuperate. I know much of it has been stress and his attitude towards me. I have been trying to take it easy and make myself slow down, but its hard when you are on your own and a family to depend on you with no help. I know much of it is because the months of Oct-Feb are bad for my husband and I know by now my heart should be hardened enough to know better than to expect any emotional response...so why is it I am so damn hurt? All we have done is argue and I am sick of it. I hate the snide remarks, the dirty looks and I swear some days it looks like he gives me looks like I disgust him. That part bothers me the most. I can reach for the stars for him, I can try to fight as far as I can go...but I know one thing I can't do is win him back. I think really, for the first time, the last three weeks has resulted in this Mistress feeling defeated.

I feel like a voyeur going to Walmart and watching a couple hold hands, or a family passing by with the dad and his son on top of his shoulders shouting out or smiling. I admit that sometimes to ease the loneliness that I window ship for normalcy. I hate taking my children with me because my smaller ones always stare at such things especially when the daddies are doing things with their kids. I hate the question "Mommy, how come daddy didn't come?" or worse yet "Why doesn't daddy do that with me?". There isn't an answer out there that a five or three year old could understand.

This Valentine's Day is pretty much like every other one since he has been home, but I realized a few years ago I really sort of hated this over rated holiday and never expect anything or have anything planned. Yesterday though, it somewhat bothered me about this stupid Cupid crap when I was coming back from the doctor's and got behind a couple who were kissing at the red light. It was such a silly thing, but I started to cry because I couldn't remember the last time my husband had really kissed me like that. It seriously was one of those moments that normally I would think in my head "jeez get a room people" but I so envied the both of them. I cried all the way home and then chided myself because dammit, I am stronger than this!  I guess a part of me is just all over the place. I am in pieces, trying to patch up what's left and still searching for parts I can't find. I just feel like I have no purpose and damn, I am really really lonely.

Late last night, after a bad day at the doctor's, the ride home riddled tears and old memories, my husband came in and handed me a new pair of really nice pajamas. I was kind of surprised because he hasn't said much but I guess he knew since my surgery, some of my nicer pairs got ruined. He was so worried they wouldn't fit or he bought the wrong size, holding them up against me and fiddling with them while muttering he could take them back if they didn't fit. It was almost like a kid trying to explain to the teacher why and how his dog supposedly ate his homework. I wanted so badly to throw my arms around him and say its all right, all is forgiven. I teared up though because I guess he really did listen to me when I sat down and cried because my stitches and staples had opened causing me to bleed profusely, ruining my favorite jammies. It wasn't candy, flowers, diamonds or anything romantic...but it made me feel like he cared a little and in some small way, it was probably his way of saying I am really sorry.

So why didn't I throw my arms around him? I really don't know the answer to that. I could have and should have done a million things but it caught me off guard. Earlier he wouldn't even look at me. Now I wish I could have that moment back again because maybe he needed that. Maybe I needed that. It makes me literally sick to my stomach to fight and argue with him, makes me feel out of whack when he isn't talking to me or I to him. Foolish we are and what a waste of three weeks that can never be gained back.  Words said I am afraid I can't forgive him for or ever forget. I am trying though and trying to be understanding of what he is going through this time of year, but damn its hard. I do worry though that one day he will tear me apart and I won't be able to pick up the pieces and move on. I think I am at the point now, I am not sure where our relationship stands as a husband and wife, or hell, if he even loves me at all.

We've come so far, and lord knows we have fought it all the way....but here this year already its starting all over again and I swear, I just don't think I have any more in me to fight. I am so lost and confused in much of this PEB stuff and then Social Security sent us a lovely Valentine's day letter of denial again. Not that it wasn't expected, but never the less, a surprise to someone who just can't seem to fully understand how the system works (my husband). I worry more, that he blames me because I am the one doing all the paperwork. He seems to blame me for a lot these days and that's what bothers me the most. I am questioning myself and second guessing my moves on this chessboard of life we are playing with the military and the VA. It's a shame any of us have to be in this position.

I need to get with friends, well...actually make some friends. I think if I had people I could physically visit and talk to, I could rebuild my strength. I snickered to myself thinking I should write up a want ad for friends on Craig's list or the local paper. Imagine the weirdos that probably would answer! It's not that I don't have online friends, I have many and ones who care...but they are so far away. Many of you readers email all the time but its just not the same is it? It's different when you get be in someone's company and laugh, rather than typing messages out on forums, emails or facebook.

I am hoping that things will smooth out and I can get back on track. Just seems overwhelming right now and no one really understands. I will be glad when all this military stuff is done and over with, because at least that will be one less fight to worry about. Am trying to step back a little and give myself some place to breathe and allow myself to cry.....I figure that's the first place to start. Hoping this finds all of you hugging one another on this Valentine's Day night...if not, well count me as your Valentine's and sending lots of love and hugs to each of you.


Really Missing My Old Self,