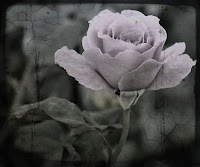 Our tale spun wildly and filled the bleak pages of time,
Days went swiftly by and nights lingered long past the hand of which was longer.
It all changed so fast as if there were no today…..no yesterdays,
No memories to make us stronger.

Demons that stole their way home,
They dwelled in the darkest of hours and in the furthest crevices of your mind.
While they ate freely of what was left of my heart,
They devoured the soul of a man that once was kind.

I gave more than what was needed and placed you high,
Upon that silver lined pedestal that matched your beasts of burden and needs.
You reached out for help by lashing and finding blame,
But, I knew you were only searching for answers among the brambles and weeds.

You sought answers to the riddle that plagued you in the midst of anger and turmoil,
Questions that only left you blind to all and unforgiving.
The one thing that I could not fight against was hidden inside you,
Black, cold and unrelenting shadows that brought forth another being.

You spoke of seeing and walking among the hills of Hell,
How the higher being left you cold and afraid.
How the hourly torment continued in front of you,
How you exclaimed you would eventually sleep in the bed you made.

The conflict of moral obligations met those who had other plans,
Directions and means that you never saw an acceptable reason for.
You placed such high hopes in your final gallant return,
Only to find on that paved road home that you faced a much harsher war.

Casualties lay around like the discards of the Autumn winds,
As the wounded stood searching for the direction in which to point the blame.
Many you could not face without fear you made the wrong choice,
The unmerciful self guilt stemmed from those who desperately called to the saviors by name.

Shattered dreams callously met you at every wink of dawn,
Whispered gratitude went unheard and fell scattered on the ground.
Once was, faced the brutal reflection that tears had left in the wake of night,
Blood was without warning blinded by the hurt you projected, was the only sound.

Judged by all man and not that of what you believed,
It sat stubbornly waiting out Father Time like that of rusted coffin nails.
Time ticking loudly as your faith and love slowly bled out,
Gently beckoning you with the promise of peace and safety from where the light hails.

Your fall to the bottom came so swift,
And I watched helplessly as your hands reached out but, didn’t want to hold on.
I reached out to grab you and pull you back from that dark corner, in which you preferred,
Only to find you slipped and the beast had triumphed and won.

All that is left is a cold steel heart,
Which remains upon my breast where your head used to lay.
A reminder of what was, what is and, what will forever be,
Now just a taunting memory that haunts me every day.

Now I find I must face my own mirrored fear,
Thrown among the unanswered and broken pieces of what used to be.
I lie awake in the silence that loneliness and heartache provides,
Trying to understand all that you just couldn’t see.

I smile sometimes when you still come around,
Whether it be in dreams or a forgotten memory.
I cry when the pain twists my heart into pieces,
Reminding me of the pain you must have felt and we just couldn’t see.

Now as I lay thinking of a suitable place of honor,
I wonder if you found the peace of which you sought for so long.
I wonder if you feel me like I feel you,
And if you have finally forgiven all that was wronged.

Sometimes I wake with tears wondering how I could let you fall,
Even when the spoken promise whispers to me that I held on as long as I could.
I often think of you when the unrelenting hand passes the witching hour,
And of how forgiveness suddenly went from never to should.

A fallen angel you thought you had become,
A used soldier of misfortune you once stated bold,
A man of conviction and great promises is always what I saw,
Among the heart of gold you kept so closely guarded from the cold.

Now I wander the mountain where you planned to retire your days,
And linger fondly over the good times and tremble still of those which were bad.
I still seek the answers you wanted and are now mine to bear,
All while trying to understand that you didn’t really mean to be so mad.

Broken I try to rebuild a life I of which I do not know,
And salvage what was left among the debris that we called our refuge.
A place now where you no longer belong,
A shelter of which my heart can heal from War’s fiery deluge.

Hopeful peace found you at the moment you broke,
A smile I heard, painted the etched lines of your face.
How I wished I had helped what you chose for redemption,
How I wished I could have seen the return of self grace.

There are days where I sit in wonder of the many facets of change,
How life is a fickle thing with plans of her own and one must pick up the slack.
Some days are filled with loneliness and some twinkle with hope,
Mostly these days, I yearn with the thought of how I just want you back.

A promise made a promise broke,
Seems to be the moral of our story with no boundaries that end.
But the promises that were made by both of us,
Still be the empty garden that I will tend.

A rose for the love that grew without fail,
A lily to remind me of the strength you gave when I had none.
Water to calm that burning flame you called a soldier’s burden,
Will be the chosen way to say goodbye by your sons.

As the stones that roll sing about unwanted truth,
I whisper a lullaby of which you would always lean in to hear.
I say a prayer every night in hopes that peace wrapped you in its arms,
Hoping that loved ones past were now near.

Saying goodbye was always a phrase of which we never said,
You said it meant that you weren’t coming back and that would never be true.
I find it hard now to spill forth the false words that mean forever,
It was the one thing I never learned how to do.

We will carry on as I promised,
Although it will never be the same again without you here.
A promise I will somehow keep in the same earnest fervor as they were spoken,
I will fulfill the wishes for the children you held so dear.

I’m so sorry for everything that went wrong,
How I wish we just could have simply had a chance.
But Life isn’t without it’s takings we learned,
And sometimes you’re left with no choice but, to take the lead in the dance.

I hope that someday I will see you again,
Laughing and telling me how that water gave the prize you fought for.
It gives me comfort knowing you will be there,
When my time begins to knock at the door.

I promise I will keep trying,
No matter how hard it may seem to do just that.
I will place the words into the world as promised,
In hopes that someone can be saved from their world you said was black.

You planted seeds that I am forever grateful for,
Ones that grow every day and on their way to becoming ones you would be proud of.
Ones that miss you terribly,
As we watch your stars twinkle above.

I don’t know if I can say a parting out loud,
It seems to be my biggest challenge to date.
How does one say I love you with all the pain surrounding it,
And get the point across that I have become to hate.

Fly away now, my once fallen angel
And find your own way that you so desperately seek.
Lay down your guns, mighty warrior, and open your eyes
Life’s heavy shackles have broken and now you are finally free……………