The Sand Curse, New Trauma and A Swift Kick To The Curb

Dusting off the old keyboard and trying to figure out where to start. Probably at the beginning huh? It's nice to be back behind the screen once more; I missed you dear friends. Last blog was last August and we were rapidly approaching the "memory months" of September-April and all the while capping our asses as a family while doing so. We remained positive, steadfast and strong to battle the upcoming war that would soon invade our lives once more. Seems since Iraq had indeed placed a curse on our family following it's September birth of 2006 and every year there after. Say what you want but, some Veterans have told me that when they cheated death while at war, they come home only to have some crazy stuff happen to them. Strings of bad luck, family ups and leaves, swindled, stuff stolen, fate kicking them in their ass, death or strange accidents like being struck by lightening. Their reasoning was just that; because they cheated death but, not destiny or fate. I had a Vietnam Veteran once tell me that "Fate must be a woman scorned 'cause she sure came back with a vengeance".  A little hard to swallow for me, I'll admit...To be honest back then, sounds too much like a military version of a Final Destination movie.

For a few years there, I could say that the smart and rational person I am could just disregard incidents or bad things due to just bad damn timing. One year, I thought "Wake me when it's May" because we just never could get over the hump of major incidences. Last year? We embraced September with a renewed sense of purpose and, with some time off? I felt like those old ghosts can come 'a calling but, they best be on their top game because I had some extra cards up my sleeve. Everything was going along and I took some time for myself doing projects around the house, read some books that I put off, learned to make new things culinary wise and all the while uneasily....watching the dark shadows that began to creep into my husband's expressions signaling the time was near. Then this happened..... 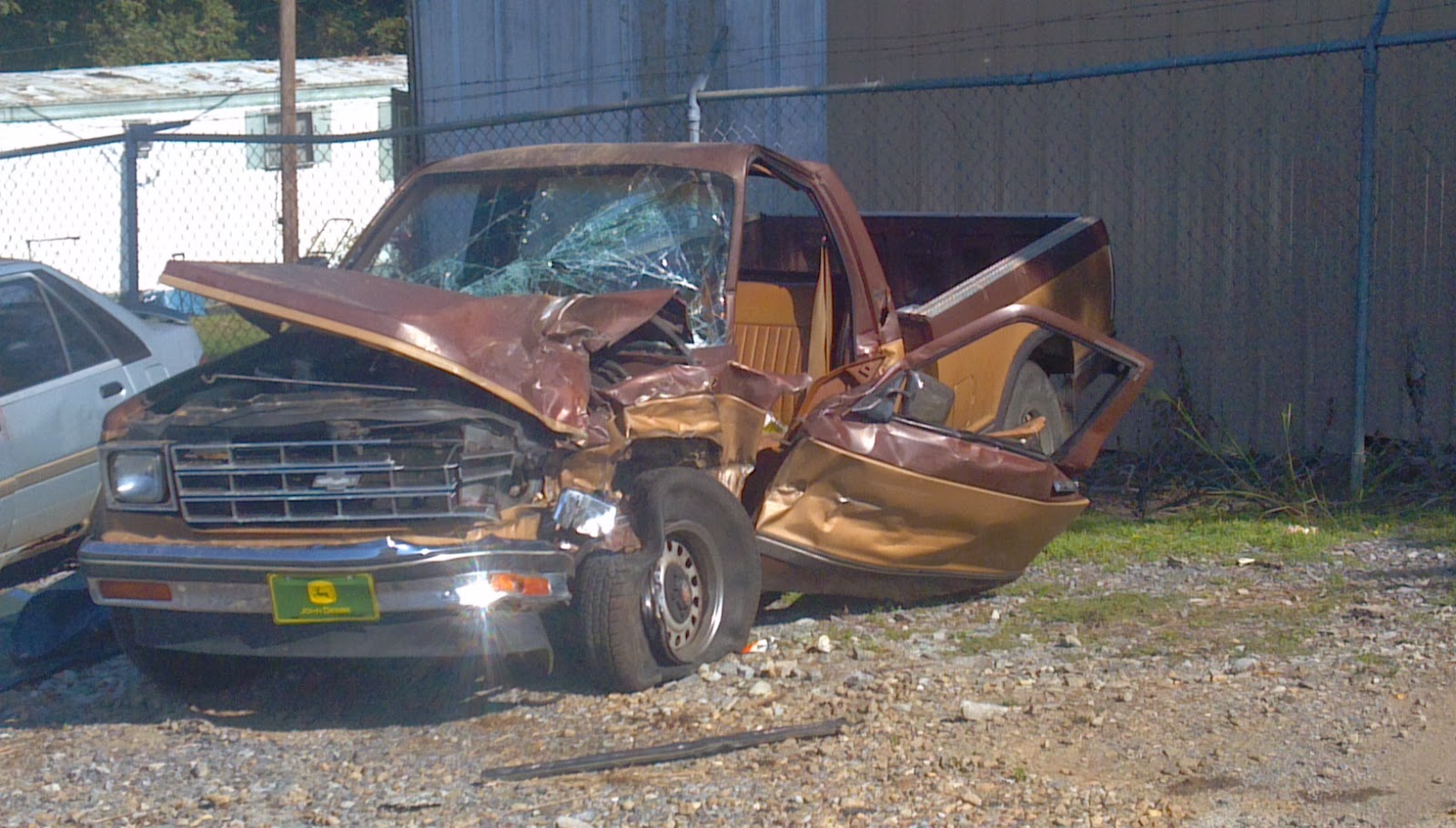 This was our September, October, November, December and January.

After all this? Maybe these war ravaged and weary Veterans who maintain the "Sand Curse" is real, perhaps weren't too far off. My husband was in my son's truck, less than a mile from the house and minding his own business. He was hit by a young adult who crossed the median in a much larger vehicle and hit head on. Hit with such force it picked the truck up and threw it approximately 100 feet into a drainage ditch. Seemed like forever to cut him from the truck and the physical damage done to him was and is still pretty bad. One inch over, a small tiny inch, and he would have died reported the airlift and accident report. He survived but, is now sporting a very large titanium rod which he likes to brag about, a crushed in forehead, a severe TBI, a new personality (which has been interesting), what they call "Punch Drunk" or Pseudobulbar Affect, and we are still picking out glass and gravel from his head and arms.

I still dream about the amount of my husband's blood all over me, as I was first on scene. I almost lost him again that day. Seems like that old cat is coming close to his nine lives I told him one day while he was awake. He said "punishment." From what? "Iraq" and out he went again. Makes one think does it not? I sat beside his bed, with my hands in my head. "Haven't we already been through enough?" I thought. "Sacrificed as much as possible and more than we ever knew we had?" Anger boiled over, rage made me slink away from my friends, confusion set in and everything simply became one big mass of confusion.  It seemed like the world had literally stopped around us but, time kept marching on at a fast pace that I am still recouping from. I think I am just now catching my breath. Now, I have a new person, mixed with what Iraq sent back, and there is no sign of what was to be seen or heard. That part bothers me the most because those small things that we did see....well, gave us a sense of hope. False hope indeed but, I would gladly have it back some day. 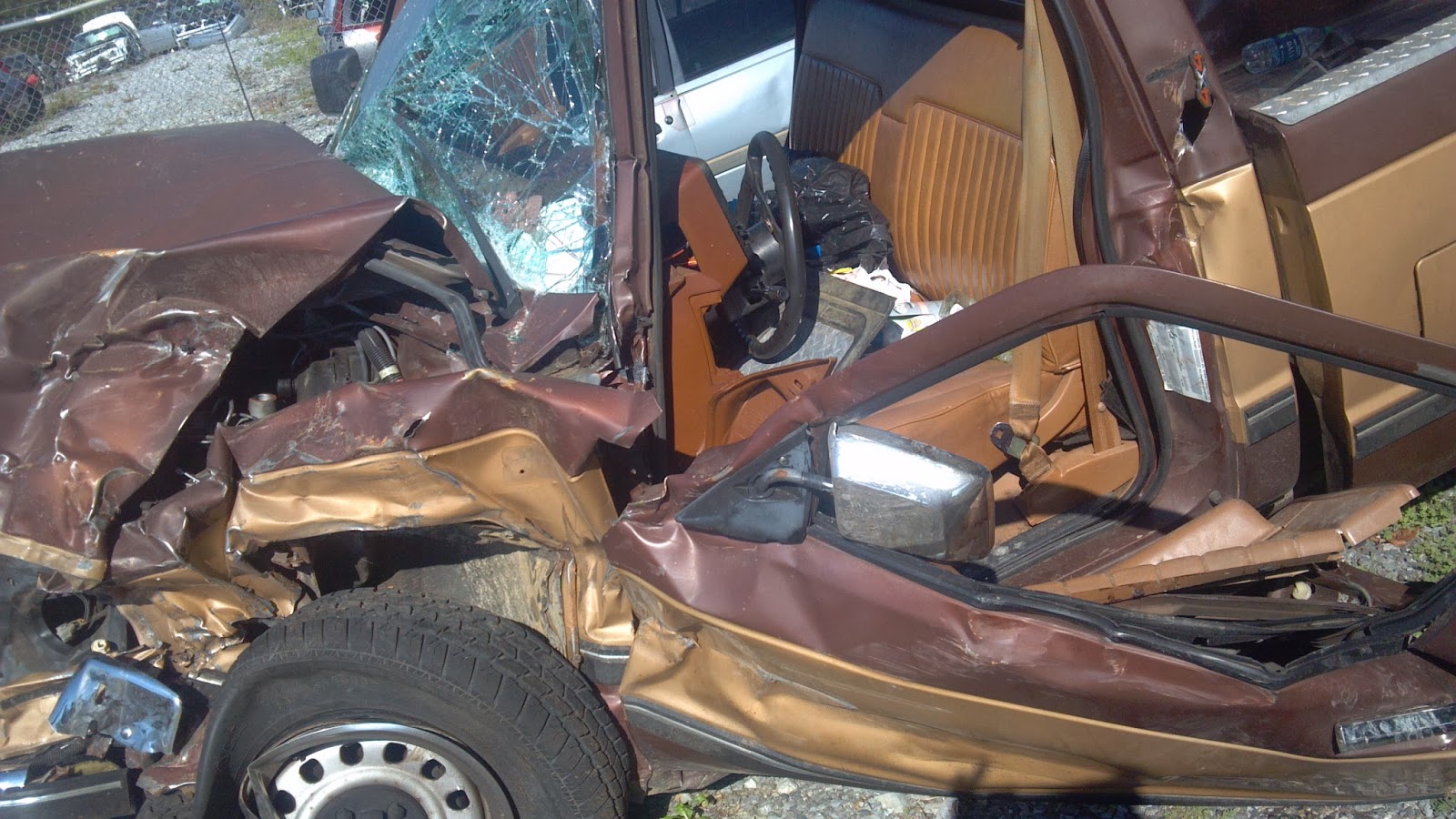 Have you ever just been soooo tired that you can't sleep to save your life? You sleep but, you never truly rest? Yes, I am sure you do if you are here whether you are a spouse, family member or Veteran. That's the place I am stuck at. We spent a long time in and out of ICU, hospitals, specialty clinics, therapies, the VA and while it pains me to admit it....I will say that our Veterans Administration Hospital did NOT fail us. Matter a fact and to be honest with you all, (and trust this Mistress she will not bend the truth when it comes to them)....they were nicer to us than any civilian hospital. Remember when I stated my husband does not play well with others? Got kicked out of Anger Management for being too angry? Well, let's just say we gave our local hospitals and their staff a run for their money. It was tight quartered with three patients to a room but, they kept my husband separated while recouping at a skilled nursing home if that tells you how bad he was.

I spent the first weeks after the wreck handing therapists, nurses, physical therapy assistants, tissues to dry tears, apologize to some and cuss out others. All while watching my husband blazing down the long hallways in his wheelchair hoping to God he didn't run anyone over all while he is screaming "You get me out of here or you WILL see me in this wheelchair on the evening news rolling down the interstate!". Got to love those moments. It wasn't like that though with the VA surprisingly as they supplied us with medical equipment when no one else would, helped and were quick. They were kinder and called to check on us. They even visited him in the hospital. I never once had to say I am sorry or chew anyone out. While it pains me to admit all that (snort) after all the years of fighting with them.....perhaps just perhaps, its time to let the past go and relish in the new found albeit temporary respect. Now, don't count of me not to have something to fuss about in the future but, right now? We are even, VA.  To top that off? We had support from our awesome Federal Recovery Officer with her beautiful radio/DJ voice (whom I've never met in person). Help came from CA from our adopted family, Family of a Vet who made sure my family would be ok. Wounded Warrior Family Support stepped in to make sure I got him home and created a bond that I don't think the Director will ever know, because again in our lives...we were let down by so many others.

While all this was bad, it did get us through some of these last months as he had something else to preoccupy him. He was pissed but, sincerely lucky which I don't know if he understands how much so. However, his anger has quadrupled and I can't blame him for that. Here was/is another battle with the at fault person. He once more, had a part of him taken away and all he keeps saying when he wakes up pissed off is "I was just minding my own business". Similar to that of "I just did what I was ordered to". The hardest part of all this was, this was the first time I couldn't fix anything. I couldn't just make some calls and break open hell's gates on someone, couldn't take away the pain, couldn't do anything but sponge up the anger and the nastiness that spewed forth from him. For a while there, I truly felt like I had somehow failed him this time around. Just when things were going well, and after seven years...Uncle Sam came to call.

Sure, let's kick a dog while it's down. Amazingly enough, PEB was done and the final details were sent. It was bittersweet. Still somewhat arguable, still feel like there is some fight left to be had but, we are taking it just so we can move on. After this long and so afraid of letting my husband down he said, "Just let it go, honey. You won. I am happy" so that is what I did. Just let it go. I've seen a lot of pain, hurt and pride bruised in these last seven years. Seen not only in my husband but, in other Veterans like for example when they walk into the VA and suddenly their light just shuts off. It's like looking around at different people although you know you just spoke to them an hour ago outside. This time? This time was different. There was 15 years, 11 months and four days in less than eight pages. Sign here, sign there, no phone call from the PEBLO, no hand shake, no thank you for your service; just a kick to the curb with an email that said "Congratulations! We did it!". This new caseworker must be sniffing the white out or staring at the screen too long because the immediate response for both of us was "What the hell is this "WE" shit!". After a few minor adjustments, a few tears later, and being notified that we lost our GI Bill (saving that for my next post)....well here we are awaiting official retirement.

So to end this rambling and this post, I shall sign off with many thanks to the organizations above for they will never know just how much I needed them and when to give it, even when I said "We're Fine" and completely ignored me. For all who sent emails and questioned if I was ok because I had not posted in so long....it meant the world to me. It just seemed during this time, I wanted to be away from everything and everyone. I didn't want to hear, see or say anything. I am sorry if I wasn't there for you but, sometimes we just have to walk away and know when to save our own selves because we have our own demons riding upon backs too. I just didn't know how and still don't....how to keep moving forward with the same confidence I had and a selfish part of me wanted some time alone. I appreciate all my readers and with that, hope all is well with each of you. Until the next time......


Ready for Round Five, Fate