The Blind Eye to Suicide 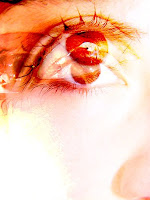 Before a serious situation with a dear friend of mine, the concern about suicide never really was a thought in my mind. Of course, it is always a possibility with our Veterans with PTSD...but of course, you never really think as a spouse, that it could happen to your family. Add in the symptoms of TBI with it, this can lead to severe depression in which the meds don't seem to have much affect on. I have read about suicide, tossed the astounding and staggering statistics around in my head of military related suicides and yes, even knew a soldier who killed himself once returning home. Still to this day I often wondered why his family didn't know anything prior to him taking his own life. I didn't fully understand because he seemed like he was doing so much better after the readjustment period/struggles ended.

As a spouse, do you ever really want to face that harsh reality that your soldier is that depressed? I thought as the primary caregiver in my home, that I knew it all when it comes to my husband. I can detect mood shifts, have learned the signs to it being a bad day before it begins, and noticed every little change about my husband down to his bathroom habits. As a caregiver, you really focus on every little thing and every little episode, because it may mean another change in medication, another question for the doctors, or lead into serious situations at a later date. Our most serious situations include black outs, drinking, and volatile emotional outbursts that usually does damage somewhere in our home. Suicide never really was one of those things I saw signs for so wasn't an immediate concern for me when it came to my Vet.

Last night I hopped online to check on my friend as I felt so horrible about their situation. I was concerned about him immediately, but wanted to make sure his spouse was ok as I worried about both of them all day long. Guilt ate at me because had I known that she wasn't aware of the situation immediately, maybe it would have helped him some more. I know that it probably would not have, but I feel guilty and sad because I wasn't able to say "hey have you seen this?"  I felt sick to my stomach because I skimmed parts because I was busy with a screaming two year old and didn't realize the seriousness until after she posted something about it. My husband who was sitting next to me near the computer asked what I was up to. I told him about such and such event today and wanted to check on my friend by sending her an email. He didn't really react to the story in the way I thought he should. Maybe an "Oh no" or perhaps "I hope that it goes ok", just something positive. Instead he looks me straight into the eyes and says "I understand what he is going through. I have thought about it many times". WHAAAAAATTTT! Immediately I jumped up and demand that he fully explain himself.

Now most of the time, my husband is the "pod" person or the Mr. Hyde (or is the other one-never could figure out who was the nut job of those two!) and I have become accustomed to this new stranger's methods of thinking, lack of feeling and moods. Every once in a blue moon though my old husband surfaces to test the waters of the real world to have a fairly decent conversation with me and maybe, I like to think, just check in on me. Last night's conversation threw me for a loop because it was neither my husband or my pod person.

I literally panicked and still today my heart is rolling around doing serious flip flops in my stomach due to last night. I asked him what did he mean, and he just had this sick smile across his face. Well, maybe not sick...but just a wry smile that gave me the willies. "I understand what he is going through. I have considered it many times and I still think about it". I looked at him probably as if I had just seen Elvis's UFO landed in my backyard with mouth hanging open, and said "But but but you haven't been that severely depressed...... Have you?" He said "I hide things very well". Me "have you talked to your psychiatrist about this?" Him "yep every time". YEP? I mean really? "Why didn't you tell me?" Him "It's not your fight".

Just great. I really didn't know what to say to him! I didn't know what the appropriate answer or reply to that statement is....is there even a proper way to say HOLY SHIT! I stammered, I stuttered, and I just broke down crying. I can deal with a lot of things, but suicide? Have I been so blind here since he has been home? I told him that yes it was my fight, otherwise I wouldn't be here. I can handle anything he puts on me, but I can't handle that. I told him "you really honestly would leave me that way? Honey is it so bad that you want to take that road out?" He said "some days it's everything I can do not to think about it".

I don't understand it....I mean, here I am trying to help others by blogging, I am researching myself sick over anything and everything pertaining to PTSD and TBI, given other spouses some tips that I use to cope with our situation, and now I have failed miserably with him! I don't know what hurts most, him admitting to me that he has suicidal thoughts, or me acknowledging that I have turned a blind eye on what should have been right there in front of me. I mean, it's not that they give you a handbook on this stuff! I am learning just like most spouses how to cope and just be able to function as family with a Combat PTSD vet. He doesn't exhibit any major withdrawal than he normally has, hasn't tried to hurt himself in any way...and more so, anything he does that would hurt anyone....is mostly directed at me. So what in the hell am I really missing here? Obviously a ton......

I made the call to take him back to the VA and speak with the psychiatrist. I don't know how much help that would be because the heffer already knew this. After the initial shock and heartbreaking discovery, I got freaking pissed to the max. If a psychiatrist or counselors are seeing our vets on a regular basis which for us, isn't that much because our VA is overloaded....and the Vet admits to suicidal thoughts...shouldn't something be done for crying out loud? This is what frustrates me as a spouse and upsets me more than anything. We as family members get sent home strangers, we must deal with all the issues, the problems and heartaches without any help what so ever from the government. We only have the VA doctors for our Vets to depend on and now I feel as if my trust and faith in that doctor has been completely shot all to hell.

I want to walk in there, grab her by the collars of her white crisp doctor's jacket and literally shake her brains loose! Amidst all the brain rattling, scream and say "WHY DID YOU DO NOOOOTHIIIIING!!!?"  I understand that they can't violate patient confidentiality, I understand they can't talk to us about our Veteran's and what goes on behind office door number 3352...I really do. However, could they have not sent him somewhere? Admit him into the psychiatric ward at the VA? Talked to me and say, we really need to utilize such and such because your spouse is exhibiting suicidal tendancies? I GOT NOTHING.

It's not just my husband...it's all of our soldiers. How many are we really as Americans, turning the blind eye too? Are we this busy or ignorant that we can't see the signs in front of us? Are the psychiatrists that are at our VA here that busy they can't find five seconds to do something about such a person and his thoughts? Do they even matter anymore? My friend made a comment that she didn't know what to do....what choices or options do we have? I am very thrilled that Obama decided our Veterans with PTSD deserved a break and now don't have so much red tape to climb through to get their deserved disability and treatments...however, in my mind I have a spouse that is sitting here admitting to me that suicide would ease the PTSD as he just can't keep living like this, and I have no clue what to do with him. The bringing down of the red tape barrier doesn't mean crap Mr. President. Yes it will help others because they won't have to prove so much...but the rest? Doesn't amount to a hill of beans to me. I know what the VA does and how that system works. Yes it may be easier for our veterans to get acknowledged but you will just find somewhere else under Title 38 32.9987 to hide another excuse as to why you can't give them their disability. Different rules, same damn game.

In three years, this VA has been responsible for my husband's treatment and now he is talking about killing himself? I am less concerned about the fact Obama is allocating more funds to the Vocational Rehab and college funding for disabled veterans than I am about the facts that we are losing so many soldiers per year at an alarming rate due to suicides. Vocational Rehab and College, means the VA won't have to pay out as much disability because you are not that disabled to keep you from going to work. Do our Veteran's not matter anymore? Is it just another social security number passing through the psychiatric floor of the VA hospital? How do these doctors sleep at night?

Now I feel I have failed and am sick in my heart....I am worried now that one day I won't be with him or he will go off somewhere and never see him again. Is my love, hard work and care not enough to keep him from doing such a thing? That would be the question that would haunt me for the rest of my life.......I'm sorry honey if I haven't done enough....I will do better because I don't want to stay behind without you. 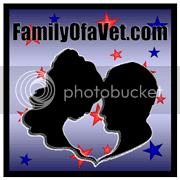