Pardon Me; Nervous Breakdown in Process 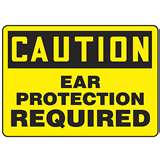 So it's been a pretty yucky the last few days. I haven't really felt like blogging, because no matter how I spin it...it makes me sound like some child stomping their feet and pouting. When you argue and reprimand yourself because of your own feelings....you sure as hell can't really blog and make any sense of it! So I have backed off the last couple of days to let the Tsunami of emotions I have retreat back to calmer waters.

So today, I decided to let by gones be by gones and just say what's on my mind. My husband hasn't been in the greatest of moods...when he gets like this and it lasts for days, it really starts to wear you down. For the first few incidents, you really just learn to ignore it...when it keeps going, it starts grating on your nerves. After five days of it, you start questioning a ton of things like life, your marriage, and all the in between things. I HATE getting to that low point where you sit there and you think "I hate the way things have become".  I sometimes wonder if its me. Am I the one who is being short tempered now? Am I the one who may need the medications increased because I just can't stand to look at him some days? Back and forth it goes, until you just finally give up and want to go curl up in bed and stay there all day.

His earlier bouts of spending has caused us great financial hurt and is slowly catching up with us now. It seems the more we pay, the more we owe. I was so upset yesterday because after a small check, there wasn't enough leftover to even pay a tank of gas for the next two weeks, let alone any groceries. Now we have been through hard times. Lord knows, we have had to rob Peter to pay Paul sometimes...but never this low. I needed him to be on board my ship of worries, and all I received was hatefulness, coldness and that damn empty stare. This was accompanied with the ever happening comment of " What do you want from me?".

So what is it that I want from him? I am not sure. Damage is done now so there isn't really anyway to go back. I guess I want him to realize that his search for the "Iraq High" has led us down the road to financial debt. I want him to accept the blame and say, I am really really sorry. I would like him just once to say "Everything is going to be ok" and I never get that. Sometimes even when you are at low points, you would like people just to say...let me worry with you.

I felt so ashamed yesterday because the "beast" once again reared up during an appointment with a Veteran's Benefit Advisor. The Disabled American Vets totally screwed up our application for increase of benefits so a portion of his payment each month was missing due to "deferment of decision", so the VBAs (there were two) were advising me, correcting, and taking additional statements. They were so friendly and just trying to help us. The "beast" decided to show his ugly side and therefore had to be removed to the hallway to wait for me. To top it off, I finally got an explanation of how the VA's idea of 2+2 doesn't necessarily equal 4 as far as disability compensation is concerned so that brought me down as well. It's like we have the stuff to make him fully disabled, but have to fight for it. In the mean time, my family is struggling...we don't qualify for state help because of the VA disability he does draw now, and there aren't any programs to help us navigate the system or help us as a family because we are Reservists. To get this process once again submitted and for someone to rock, paper and scissors the VA decision will take another nine months as that is the current wait time.

I don't know if it was just the stress of it all....or just the fact I am tired and not feeling well, but I totally brought on the "Ugly Cry" as my dear friend, Wife of a Wounded Soldier calls it. I mean, to the point of even getting the slight hysterical high pitched voice in it! That poor man probably thinks our family has got to be totally messed up! Between me crying, and my husband's internal pressure cooker getting ready to pop....yeah, he may never see us again. All in all yesterday wasn't that bad because we did find out they were able to locate my husband's military records the Army lost, so we can now apply for a copy of them. Downside was, that we may never hit that 100% disability benefits.

Quite honestly....I am tired. Tired of the VA red taped games of let's see how else we can screw you. I know my husband is just as equally frustrated as I am if not more....I listened for two hours about how he served in a war, washed the blood from dead bodies from trucks, all these wounds these soldiers endured, treated Iraqis with second and third degree burns, and how illegals in our country have it so much better than our Veterans do. I agree. At the time however, the last thing I needed from him was to get high on the soap box and a most visual trip down Camel lane. I hate to be this way...I really do. It's just that he gets on these tirades!

I often wonder why it is that my husband can get so fired up about such things as this, or a controversial topic...and yet, offer me up a vacant stare as if I am really not there and he is somewhere else for the time being of our conversation. It's like, can't you worry about what we are going to do for the next few weeks? Aren't you worried about what we are supposed to do for our kids for Christmas which is rapidly approaching? I don't expect answers, I don't expect money to fall from the sky because he asked for it...but I just want to have him say I will worry with you, but we will be alright. All you see is glassy eyes, emptiness....and then coldness. I told my Wounded Warrior Wife buddies this morning that I really wanted to jerk up his testicles, tie them in a knot and then rip them off! I am normally not the point of portraying a Bobbit incident, but I am pretty frustrated.

These are the times where my hula hoop is not large enough to hold my emotions. I know Carla Staats told us to let go of the things not inside our hula hoop or our control, but there are days where my hula hoop is not big enough for just me! My proverbial shit bucket hath runneth over and no matter how many times I mentally empty it...it just fills again. There is the reminder from Dr. Bridget Cantrell, nagging me in the back of my head that I can't place expectations on my husband based on what I think he needs to be or how he used to be...but gosh, that sure is hard. How does one eventually overcome that part of it? To me, its like quitting smoking or drinking.

I read online through Facebook a comment made on one of the many PTSD Facebook pages. This is what I read "PTSD stands for: People That Should've Died". At the time, I kind of gasped to myself like why would someone post that? How could anyone say that at all? However, its true. My husband doesn't really want to be here, and tells me all the time that he was supposed to have died over there. Or that he wishes he had never came home, how he wished he could go back and never come back here....even myself through blogging, made the comment that there are days where I wished he had died over there just so he would be happier, and that selfishly, I can remember him as he was and not this "pod person" he has become.

There are days where I want to save the world, and I know the big man upstairs has plans for me.....I try to be kind, patient and sincerely giving...but there are days where I really want to not save the world. There are times where I am simply struggling to save my husband every single day and my children in the process. Sometimes I wish the VA would just count us in on all the hoopla's of disability compensation, because they are missing out on the most important aspect of the Veteran's entire issues. There are days like yesterday when I broke down and looked at this man and asked "what are you going to do to help me help him" when I really wanted to ask him "what are you going to do when I can't do it all by myself?".

Sigh.....I know, I know...self pitying today. Can't help it, can't fully explain it...and for you many spouses who are going through what I am...I should not have to justify anything I said or defend it. Yesterday the VBA reminded me that it could be much much worse and that I needed to find comfort in that....Sir, I am truly trying. I try to remember that there are so many suffering worse off than my husband as well as their families...and I keep that in my mind every single day. However, its very easy to say that because you can go home to the lady in the photo on your desk who smiles like there is not a worry in the world....go home to the beautiful children who aren't worried if daddy is going to be in a bad mood and scream at them or whether Santa is going to be there this year....while I, must return back to the dark corner of society where we are as families living with PTSD and TBI are put and try to cope with what has become a virtual stranger.  I must be the one to save us all....so yes, I know it can be much worse....but its pretty damn bad right now.

Not much else to add,