Looking to the Stars 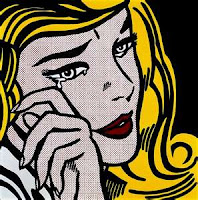 The past few weeks have been extremely rough and I am not sure where the PTSD Beast exactly stepped off the bus from Paranoia Town, but its been trying for sure. For most of the five years he has been home, I have learned much is caused from outside stressors, or say having sick kids in the house who cry and scream. Hell, just having the kids here at home seems to be setting him off. I have self taught myself to side step and two step with PTSD but really not getting anywhere and the dance never ends. I have mastered the move of soothing my children whose feelings are hurt, apologizing to others for his behavior and making up for all that goes wrong all without really healing or soothing myself. I am tired. The one person who stayed with him and stuck by his side, even at his darkest moments, now has become his worst enemy he says. I am still hurting from all the painful things he has said out of anger the last couple of days and weeks. I am still reeling from how his behavior, his paranoia and much more....suddenly turned into being my fault.

I took my share of having everything dumped on me and cleaning up his messes. I sucked it up and fought back, by trying to get my husband help. I blogged hoping to ease the loneliness and to liven up the silence and bad behavior he issued me. I am not perfect, but I never did anything to hurt him. No matter what I say, its not the right words or it comes out as "bitching" he says. My children look at me like dad has gone off the deep end when he suddenly lashes out at me for "constantly nagging" when I asked him to pour the kids some juice or "hey come eat your supper, its ready". He may have disabilities but he isn't dead. If my hands are full and I need some help, what makes it so wrong to ask for that help? After a while, you start to wonder if its really you.

I watch my children who gather around and try to get his attention to no prevail. Because there are three of them, that's more competition to see who can gain his attention first to show the latest dinosaur just drawn, a Lego creation, or an ROTC Rifle team score and the latest test score. The desperation of approval is so saddening to see. You want to turn your head as if you know the train is coming and going to jump the lines, but you can't help but watch the wreck. I suddenly realized, my children and I will always be there trying to gain that attention and approval that is gone. He just simply no longer cares anymore. He only wants to see the bad in all of us, not any of the good. Some of it, never even happened. I don't know where some of this stuff is coming from.

I was there to catch him when he stumbled and fell, but I know in my mind now he will never be there to support me or to even reach out should I stumble. He places the weight of the world on my shoulders and acts as if I am "supposed" to be doing this stuff because I get a caregiver stipend. I am eternally grateful for that program, I really am. It has helped tremendously to get bills off our backs, to get through the month and I thought for a while, boosted my self-esteem because I felt acknowledged and had something coming that said "yes, we know what you do". It seems though since that money started, his resentment grew. It is jealousy because I am earning a paycheck and reminds him how he isn't normal anymore he tells me. Instead of being grateful, he has turned against me because I am trying to put normalcy back into our lives. I am expected to work 24 hours a day, with no breaks except to sleep and then he holds that over my head as if I don't do anything like when I had three days downtime for my surgery. I was supposed to have two weeks and am now paying for that. I think with all that I do with three kids, him, a home and mountains of paperwork...how does he think it all gets done? I think this part hurts the worst because all I have given and done...was for him.

Do I want an award? A cookie? Expect him to suddenly change back to the old him? Of course not. I just want him to understand his actions; how his words can hurt just as much as if he had sucker punched me. Why is it for us spouses, that asking for respect is so wrong? Why is appreciation wrong for us to want? Why is it so hard for him to talk to me, when he can talk to others? Why is giving me a hug a terrible thing to crave? What's wrong with expecting him to try rather than give up?

He thinks we need a separation. "Cut and run" he says. "Walk away and let him fall apart". He seems to think he didn't hit rock bottom last year with his attempted suicide. I feel somehow I failed although in my mind I know its him and he just wants to push us all away. The other part of me wants to throw the towel in and just run without looking back. It's just been a mess....when its like this I just really don't know what to do. Then I become angry at the military, the VA and the war. Just another social security number and statistic to all of them. No one cares about what really goes on with the families who are still paying with their lives and their whole beings. I am watching my family grieve as I watch my husband slip further away from us. I don't even have the strength to tell him it will be all ok. I don't even know how to soothe the worries my children have as I am just as worried.

I don't know what to do right now. I am hurt....so hurt and I have tried so hard. Did it even matter at all to him? I just want to have something in my life that the affects of war doesn't have its dirty hands in. Seems like my entire existence right now is based solely on him and his problems and I am sick of it. Most of all...I am sick of him tearing me apart. Things were going with only minor bumps in the road but nothing major until his friend came home from deployment. After his arrival, he just went all to hell. I want to blame his friend, but that's not fair. Mostly I blame my husband because he is giving up without a fight. He says he is too tired to fight back but when has he ever really tried? He hasn't. I have done it all and took it all away only to have him turn on me.

No, it's not fair to blame anyone but it sure makes us feel better doesn't it? I haven't even been on Facebook that much just because it stirs up a hornets nest with him. I can't call my friends because he doesn't want me to vent at all. Hell, I even stopped talking to the therapist I had. The days are getting longer and longer to endure but in it all? I still, even as mad as I am, worry about him. He may not love us, but we all love him. I just wish that we could make it through one year without a meltdown. Just one. One with good memories, laughter and love. I am lost right now and not sure where to turn to. I pray but sometimes I wonder if God is testing me all over again. I keep asking him why all the tests? Haven't I proved myself enough? Haven't I carried everyone's burdens long enough? When will my debt be paid? I really miss my old husband dammit. Most of all I miss myself.

My husband once told me while in Iraq when I said how much I desperately missed him, to look up at the stars every night. When I do that, know that on the other side of the world....he was looking at the same stars and missing the hell out of me. I always remembered that as it was the last phone call I got with my husband before he started to lose himself to the hands of war. Since then, I keep looking at the stars every single night and although he is just in the next room...I wonder if he knows how much I still desperately miss him and that it still feels as if he is there. It's hard to pretend nothing is wrong, placing a smile when all you want to do is scream and cry and most of all...its hard to love someone who doesn't want to be loved.


Just needed to write it out this morning,

Posted by Uncle Sam's Mistress at 6:24 AM