Monumental Victories and Then Some 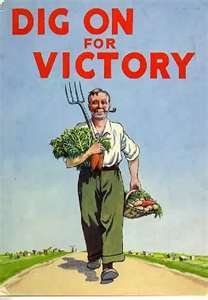 Since my last post, it seems things have settled back into a semi-screwed-up-normal-for-us routine. Really, it's been busy since my husband's C&P evaluation back in February. I may have mentioned that the C&P really went well with such a nice doctor, that I would like to send him flowers! For many who know me well....pfft that is just mind blowing there in itself! Moi? Send flowers? Hell hath frozen over right? Yes Dear Readers, you read that last statement from the Mistress herself. In the past five years, I have to admit that the pages in my mind of the VA have been roughly colored with some really bad crayons. However, the last few months have given this gal some appreciation for the "good" guys that are there and who care. After the C&P, its been rough though here at home. More so because I was so relieved and for once, things were going in the right direction for the first time since he landed after coming home from the war. All we could do was wait to see what happened which led him to worry. Things started to happen that I didn't think would ever come to pass. Some things happened that seemed like it would be a million years away...and here was my husband still not happy with anything only slipping further from me in the process.
A while back, I posted a blog about JP Morgan and Chase and Bank of America now providing military services for Wounded Warriors and help with foreclosures, percentage rates, and mortgage payments for ALL those who are military and Veterans. I worked with Chase and applied for the percentage to be lowered on our rates and in November of last year, we were notified that we were 1 of 100 military families that JP Morgan and Chase wrote off the mortgages and debt for. I really didn't believe it at first and I must have given them a "You have got to be screwing with me!" lecture on the phone as Fed Ex promptly showed up the following day with a letter acknowledging such a write off and a "Yes, we are serious". As of this past week, we got our home deed and property title. We never expected such a gift but I have to say that Chase bank treated us kindly and really cared about my family and my husband. They listened to me...and for the first time, I felt like some of these corporate, large businesses really heard what I had to say. Matter of a fact, I spoke to our Military Services manager so much that I indeed will miss talking with him! We were blessed to have such a gift given to us and what a relief as we didn't have to worry about our mortgage anymore which was about the only thing we had left that was truly ours, our home. Everything else we had has been sold off, savings dwindled down to zip, and we weren't even making it month to month.

All this stress was on me and lord knows the gray in my hair shows it! All I could do through the hard times was say "It'll be alright! We've made it this far! Don't give up on me now!" like some cheerleader with a plastered smile that fractured and crumbled when I climbed into the tub alone and sobbed. Then I would go to bed at night praying to God that he knows what he is doing. Hoping he knew what his plans were for me and that I was seeing the signs. Then I would sit awake for hours soothing my husband's nightmares all while making myself believe that everything will be ok. The rest I figured would work itself out, and kept everything I had crossed so I wouldn't let my family down. The scariest part was the fear of letting my family down and all of us falling apart.
Our biggest hurdle was the VA and to be honest with you, you must have seen and read how scared I truly was about this C&P re-evaluation. Why I don't know because all the medical documentation was there but with the luck we have had....nothing scared me more than having someone do it who could have cared less which is exactly what most of us have encountered. I kept planning for the worst, having a back up plan for even far worse news, and a second escape in case all else fails. To be honest with you, I didn't have a back up plan for my sanity or a magic pill to give me more strength if that appointment had gone badly. We assumed the VA would keep my husband at his regular rating, leaving it at temporary once more. We would be put back into limbo until at least, the PEB was done. The letter stated that the VA decided, based on medical documentation and case files, that my husband had been awarded Permanent and Total disability.
I have to tell you that looking back, I don't think I have cried as much in my entire life than I did then. It was monumental...I wanted to cry, laugh, breathe, exhale, scream, shout and run around in circles kicking up my heels. If you are old enough to remember the movie "Rocky", yeah it was pretty much the whole "Eye of the Tiger" moment for me. I couldn't wait to show my husband, thinking YES! FINALLY! Maybe now he can relax. Maybe he will finally see how hard I have fought. How I stood up for him and many by voicing our story. How I may not have taken a bullet for him, but took many blows for him these past years. I thought maybe he would now know how hard I worked the past three years, and know I did it for him without a single "I love you" in return. Maybe just maybe he would know I loved him that much to fight.


Wiping My Weary Brow and Raising My Dirty Shovel For All Of Us,

Posted by Uncle Sam's Mistress at 6:19 AM

Email ThisBlogThis!Share to TwitterShare to FacebookShare to Pinterest
Labels: Family of a Vet, Living with PTSD and TBI