As in the past, I am going to do my long overdue "Mailbox Time" for this post. I am getting a lot of emails and try to answer as many as I can each evening. Some I feel are interesting enough to bring up on the blog so others can see, especially if that same question is one of their own. Names have been left off for anonymity. 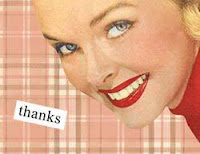 Posted by Uncle Sam's Mistress at 7:33 AM