The End of Old and The Beginnings of the New 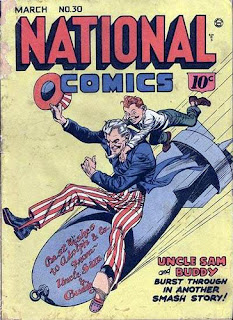 First, I want to apologize for lagging a bit the past few weeks. I think mentally and physically, I needed a break and reduce some of the stress. It was rush rush all through the holiday season and man, did it not go by extremely fast? With two sick little ones through Christmas break and with my having pneumonia, just seemed like my world was starting to crack a little. My husband did really well through Christmas and for the first time in a very very long time, we didn't have to go anywhere on Christmas Day. I think that fact was the greatest gift because we got up as we pleased, ahem, when the kids chose to get us up; we stayed in our pajamas all day, rested and napped, and just played with toys. It was one of the most memorable Christmases in the Mistress's Book of Good. After that though, not sure what all happened. Seemed Christmas was over and done with, the stress had left me rung out and extremely tired and my husband? Well, he just started to egg on arguments, as if he was just looking for a fight.

After careful thinking and my constant strategic dodging of the PTSD bomb, I realized that much of this had to be because a close friend was back from deployment. When we got the call, we were both excited because we wanted him to come home safe of course! However, a part of me wondered a million thoughts. Will his family become like ours? Will his children fall to the way side of attention and fatherly love? Will his wife have to constantly follow behind to pick up all the broken bits? My husband mentioned to me that his friend was having adjustment issues since being home, which for all of us who are Reserve and National Guard, is another component we must battle. I had to ask my husband how his friend fared which got me the shrug and a "I told him to get into the VA system as fast as he can". Since his friend has been home, my husband has been visiting quite a bit which I thought was good. Now I am not so sure. His mood has taken a drastic turn, a bit on the melancholy side and well, he just seems so far away.

Arguments have been had and some nasty things have been said. Things he could probably never take back or say "I'm sorry for". I thought for a while there that possibly he was angry because his friend wasn't so messed up when he landed. Maybe its because he isn't disabled to the point like my husband is. Maybe it's a lot of things but right now? All I know is the last few weeks have sucked every ounce of energy that I had in me. The kids had a great Christmas or as my five year old said "Best Christmas EVER!" and I am super blessed that it wasn't the Apocalypse that it normally has been the past four we have had.

New Year's Eve drew up with my husband wanting to go fishing with some of his buddies from the Project Healing Waters Fly Fishing group, in which I figured might be nice for him to get out. We have been sort of cooped up with the kids the past three weeks of Christmas break, or rather I have......but it was easier to say it was alright with me than say absolutely not! It's New Year's Eve! I figured we never do much anyway but, he will be home later that afternoon. He never showed up. Never called. He just left me here with the kids wondering all sorts of possibilities. He told me earlier that day he would be home sometime that afternoon, so I waited only to have him never come home. 7 p.m. rolled around and he called to say he was running by his recently returned friend's house to look at his tile that he had just laid down in the bathroom. I must admit I was angry as he kind of left me hanging as far as supper went and the kids. I know there are a lot of questions that children ask that stump us parents or put us in the Hall of Shame. Ones that pertain to "Mommy, where's daddy?" always seem to haunt me. My husband told me that he would be home shortly and so I told him that was fine not wanting to start a fight.

At 10:30, I called him to let him know I would be taking my bath and just head on to bed. He acted so cold to me that I could feel the chill through the phone. He explained that he needed to talk to someone who understood...someone who had been there and done that. He just had so much to be stressed about and of course, this is the anniversary coming up of his suicide attempt. He was under so much stress and well, he just needed to be there.

I have to be honest. I was hurt. Extremely hurt. I know, I know...many of the Veterans will side with my husband and say that is where he needed to be but a part of me wanted him here. To bring in the New Year and be together. Maybe that is selfish and perhaps in the long run, that is where he needed to be. I didn't understand what he had to be stressed out about? I didn't understand why he could go there and talk to a friend who supposedly listened, when I have never not been there for him. It seems that has been my whole life these past four years, putting him in the center of the world. Listening to every word, even the rambling ones, trying to hold it all together....all for him. It was a slap in the face to me. I know there are times when they do need someone who has been there and done that, but this was a different deployment for our friend....one that differed so much that there is no comparing war scars. I can't seem to wrap my mind around why I got shoved to the back of the closet when all he had done all day, was fished with war veterans.

11:57 found this Mistress in bed crying awaiting the ball drop in NYC on the television. I sometimes say I feel like I am so lonely, and even with all of you readers and emails....that I have no friends. Never before in my life had I felt loneliness stab me so hard. It wasn't about the holiday so much as the symbolism. It wasn't about staying up and waiting for that clock to turn over to 2012, or having a party...nothing like that. It was just me wanting to lie with my husband in bed and forget the world for a little while. It was me wanting to have hope for the New Year....To forget about past arguments, and to let this year go and feel that closeness I had been missing the last few weeks. He left me here to await the New Year by myself with fears, worries and hurt feelings.

I have cushioned so much for him that I am becoming numb myself. I didn't understand what pressures or stress he had to deal with when all I had was upcoming stuff for him on me. His disability evaluation is coming up this month and we aren't sure of that at all. We were just told last January that his rating would be set at 100% temporary for one year with evaluation this January. We don't know how to survive if that falls apart and quite honestly, I don't know what to do to prevent any negative changes. Social Security appeal was filed with more paperwork coming over Christmas week that I must struggle with, and then upcoming surgeries in which I must figure out all the kids, dogs and husband in that. He had done nothing but fuss for two years about painting although he knew he couldn't climb a ladder to do it and neither could I since they are cathedral ceilings. A family programs person through the National Guard got us hooked up with a Church near by our home who are volunteering to come paint this weekend and get it all knocked out. With the kids going back to school, I must once again budget, pay bills and clean the house (like baseboards that are behind furniture so can be painted) and well, just a ton going on. Where he fits in, in all of this....I do not know nor can I count on his help.

I think a part of me just collapsed this New Year's and well, before Christmas. We haven't really spoken much to each other and neither one of us has addressed New Year's. I figured why bother? I am wasting my time and my breathe, only to have him give me a half ass sorry that he doesn't mean and he can't take it back or make up for it. He just didn't think enough of me to want to spend New Year's and that is a conclusion I have reached so far at the beginning of 2012. When I am sick, he runs away. When the kids are sick, like we have my little man with Mono, he is gone. When I really really need him to be here, I can count on one thing....him not being here. I am trying not to be so hard on myself, but it can't be helped. I keep wondering what I have done to make him push so hard against me. I keep praying for a little relief but I guess what I am asking for is my husband to come home to me back in 2007 normal and that's never going to happen. What is left is for me to do is to raise my children by myself and learn that I can't depend on anyone else but myself.

See? Even when I get emails from all of you...I tell you I don't have a perfect life. I always remind everyone that I don't have all the answers for anyone because I don't even know. All I know is it's one hell of a road we are traveling on and I keep hoping by raising the lantern, we can find our way. Sometimes these days though...I feel my lantern flickering out just a bit and wonder how much can I keep taking and how much longer can I keep going. I hope that doesn't disappoint anyone, its just the truth. I am a little lost myself right now.....

For all those who have commented and emailed, I will catch up. My little man has been on tons of steroids and God love him, he has been a monster on those meds! My pc has been acting up as well, so been working on having it fixed. I will catch up with everyone and respond to the emails. Looks like I wasn't the only one who had a bad end to the year of 2011! So this morning, I vote we raise our coffees, our juices, etc and wish each other a Very Happy New Year and hope like hell we can make it through another one......

Posted by Uncle Sam's Mistress at 5:54 AM