Heading in The Right Direction 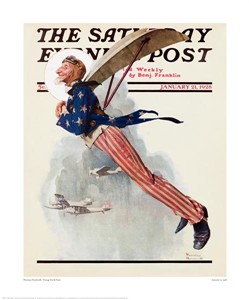 This week has started out pretty good and with some positive notes changing the course of our recent direction. After four years of fighting, pushing, stressing and sunk hopes....we finally got the Line of Duty Injury form for my husband's Traumatic Brain Injury. This was one of our biggest challenges we faced as I declared war on the military, the VA and anyone else who wanted to say "sorry, not our fault". With this, and the four others...we are now embarking on the PEB to get my husband's medical retirement. It was a long battle filled with many worries, stress and leaving a wake of people pissed off in my path. The last LOD was a challenge filled with many doubts, fight and searching for anything, everything and everyone we could to prove several events happened.

When it came today, it was followed by a deep silence my husband and I could probably never explain to anyone. Four very very long and painful years. It was with mixed emotions that we looked over that last remaining document that was so damned important to everyone else regarding my husband's health. It had been one vicious cycle repeating itself. "Well we think this is what is going on, but without an LOD we can't give you disability rating.", "Without some type of records, we can't really treat what we don't know. Do you have an LOD?", "Well its this and that, but without proof we find that it wasn't combat or even military related". It was relieving that this part of the battle was won. I was told that I would never be able to do it, was said it couldn't be done, and many with good intentions took the challenge and gave up on us. I did it. I took on the challenge, sunk my teeth in, placed everything in jeopardy to not only fight but write about it, and I won.

It was an end to that continuous circle we had been running, the closing of one door but the sudden opening of many more, and the sigh of relief heard from my husband was one that I had never heard before. It was a monumental moment for me....one that found me wanting to do the happy dance, all while "We are the Champions" by Queen played in my head. I imagined myself running up the White House steps with papers gripped in my hands and the Rocky theme song playing in the background. Yeah...it was pretty big for me. Then for whatever reason, I stopped, looked once more to make sure it was all real...and started crying.

Tears would just not stop flowing and my hands would not stop shaking. For those that know me and my family's struggles and suffering, you might think that I would be overjoyed, celebrate and wanting to go and shove it under the nose of all those who told me I couldn't do it or would never be able to get any of his LOD's. However, I thought about all those who wouldn't be finding such joy. I read an article the other day on a website about how 1/3 of our military is coming home with these very issues and no medical treatment.

I so remember and it still echoes today in my mind "Don't worry about it. Do your job, take some Ibuprofen and the VA will take care of you when you come home". Ibuprofen wasn't the cure all Uncle Sam...trust me. I have been there as a family, to see a proud soldier with so much life in him, holding a gun to his head with tears spilling down explaining to me that he didn't want to be here. He didn't deserve to be here and telling me over and over "I should have died there". Ibuprofen didn't help any of us. In that same DOD article, many are going undiagnosed for years for TBI. PTSD if they are lucky will be held off as long as possible and that's if they don't get diagnosed with "Non military service connected Personality Disorder" first. National Guard and Army Reservists also have the issue of readjustment back into society and the civilian world, on top of medical problems that we can't get treatment for, and then thousands of us coming home with no LOD's because some were just too busy, too lazy and didn't do their jobs.

It then becomes second nature to defend their health, the demons riding their back get larger, heavier because then they start to question their own sanity, and then we must defend and battle for treatment because the paperwork wasn't there although testing results were. All while family and loved ones, stood by their side and helplessly trying to find any way possible to help them. I guess it was easier to throw our wounded to the side and know that for every one of them, there were more waiting to take their place. Were you too busy to pay attention? Didn't you care? Or was it just the fact that our military members have become so expendable that you didn't want to take the money out to step up to the plate and treat them like our military did for our country, Uncle Sam? 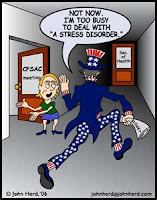 I can't take all the credit though. It took me four years of fighting, many long distance phone calls, thousands of hours of work, letters after letters, and then dealt with many people who placed our hopes high and then dropped us like we were suddenly contagious. It took me four years to find the right people who cared, had been in this position themselves and believe it or not....work for the military and that's their jobs. After calling each one yesterday and profusely thanking the caseworkers who battled with me for the past 8 months, I learned that most military members give up within one to two years and then they don't get their deserved and earned benefits, disability and then no treatment. They each told me I was persistent, never gave up and the military did indeed find their match within this little old moo-cow, small town woman who fought for her husband. I was happy because I won, but at the same time it was a bittersweet victory because I thought about all those who just gave up or never got treatment. I cried yesterday with tears spilling over the papers for all of us...all of us who went through hell and many still going through it.

So now with our final records, all of my husband's LOD's, validation and self-renewed strength...we are now embarking on the process of going through the Medical board to ask for medical retirement. I know it will be a long process, more than 260 days long and much I don't know about it. Just another hurdle to jump so I am not going to stress about it. I don't know what these LOD's mean for us other than validation for my husband and he can now hold his head up proudly, but we will see. I doubt that means any treatment or any difference in the VA healthcare system, but we now have the options of using MMSO (Military Medical Service Office) which was an option that wasn't available to us before. I have come this far, am not giving up just yet. If anything, it makes me want to fight that much more.

I thought my husband would have been overjoyed yesterday, maybe smile a little....but he just seemed so lost and small all of a sudden to me. He got teary and said "thank you, you did it. Maybe now they will believe me". I know it rehashed some hurt in both of us that we had no time to deal with, it opened up some wounds that we hadn't had a chance to nurse just yet from the past four years, and then just dealing with the finality of it all. I would gather that no one would understand what the hell I am talking about unless you had been where we have and been through all of this....but if you have, then you know.....you know exactly what I am talking about. I am hoping that this will place my husband's restlessness at ease, perhaps chase a few of those demons of wrong doing away....but I don't know. Seeing him so saddened yesterday and staring out at the window, made my heart ache. I wish I could take all of them away and would do so gladly just to see him smile and be happy....but all I can do is keeping going after each one and keep fighting.

For all those who helped me, Thank you. You said you wouldn't give up on us, and although I doubted you...you proved me wrong and you should be proud. I don't know if you will see this, but please know that my family thanks you wholeheartedly. Thank you for not giving up on us or finding excuses not to fight with me. I know you say it's your job, but it was more than that. For all my friends and fellow bloggers, thank you for always supporting me, encouraging me and picking my spirits up when I was down for the count. For those who are fighting for all of us and lobby for better treatment....keep going. The louder we are...the more we will be heard.

Posted by Uncle Sam's Mistress at 7:49 AM