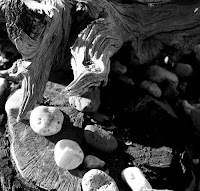 ~Sticks  and Stones may break my bones,
but hard words will never hurt me~
(1894) G.F. Northall
This question was asked on one of my posts and felt it needed to be addressed with a longer answer than my comment section would allow.


How do you deal with the outbursts? The name calling? The verbal and mental abuse? How do you deal with that?
This is probably one of the hardest questions to answer! I don't have an answer because I don't know myself to be honest. I empathize with you because when the "beast" rears his ugly head you can't help but want to run away and never come back! You begin to resent him, lose faith and trust in not only him but yourself, and most of all....you are dealing with a mountain load of hurt. How can someone you love so much and they be this way?

My husband can be really really NASTY. Sometimes it really just appalls me on how he can be so mean and the words he uses is not only demeaning, but disrespectful. Now I have a card catalog of cuss words, and not afraid to use them if the need for them arises...but being the southern lady I am and of the old fashioned upbringing I had as a child, his "episodes" can make a sailor blush and really stick you in the heart. My paltry amount of foul language can't come near the terms he produces. It can get so bad, that it really physically hurts and I find myself thinking "why the hell am I putting up with this crap"?

The thing I have learned as a spouse of a Combat PTSD Vet is:

To sum it all up dear Anonymous...I don't deal, I just cope. I ignore what I can, focus on his positives and less negatives, and I deal with him like I do as a parent. By telling them softly, hey you are hurting me when you do this...eventually it just sorta sinks in. I was surprised in the middle of marriage counseling that my husband made a comment in reference to this. He said "Sometimes I get so pissed off that I lose it. I scream at my wife, I yell and call her names, but I don't really realize I do it until she tells me that my behavior is not acceptable. I feel sorta stupid when she treats me that way, but if I do get that upset I don't mean to take it out on her...it just happens. She is the only lifeline and place to go to when I can't find my way anywhere else". This was a major breakthrough not just for him, but for me. Because then I understood that its not him and he doesn't mean it at me...we as spouses are just are the scapegoats. I have come to terms that I would rather deal with him myself, than have him do this at work, in public, or to family.

There is no cure, no answers, and you will find your own way I promise. See if you guys can get into counseling as a couple. Sounds sorta cliche, but it will give you a chance to hear his side and this will I promise, help you see a lot more than this angry and screaming person. When another person is there, our Vets seem to focus a little more which is good for you because then they listen to what you have to say. You don't have to worry about them rearing up and bucking against you because you have the mediator in the room. It really does help and you can do this through the VA or the Vet Center for free. You really need someone that understands or is familiar with PTSD. I have tried outside help, but unless they are military oriented, it's not much help.

You don't have to be mean, but you can tell your Vet that you just can't keep going. Do it on a good day when they are relatively calm and not so viscous. Keep in mind that your spouse is still in there somewhere and they do come to the surface and test the waters. Let him know how much you love him and say we both need help with this. I want to fight with you but I need a little back up. There is no shame in doing that. It won't be easy especially if he isn't receiving regular help now...but it can be done.

I usually walk away and take a walk, read a couple pages, blog...anything to keep  my mind focused off the hurt that I feel. After three years, it's not as bad as it was, but trust me....the days still come. I cry, and cry....until I just don't think I can cry anymore. However, after a while, you just sorta toughen up and really most stuff doesn't bother me anymore. I have learned how to calm him down and redirect his anger. I will say hey, I know you are upset but let's stop for a moment and take a walk. Or let's go out to the garden and putz. Sometimes though, there is no way to do this and I usually just have to batten down the ole hatches and hope I can pull through it.

Make sure you are taking care of yourself. Do things just for you. Having something to fall back on for emotional purposes is a good thing. Find something to redirect your anger, frustration and hurt. Use this as your coping mattress so it pads those times when those days hit. Think of the reasons you married or with them in the first place and hang on to those thoughts. Find an outside source to get involved with so it eases some of the pressure off of you. See if you can find a local support group or talk to social workers at the VA and see if they have any resources. If you run into serious serious problems, walk away for a little while. I know there are many like me who have separated as it became the only solution in a volatile situation. While I try to work things out and hang in here....sometimes you just can't. There is no shame in that either.

I hope this helps you some. I know not the answers you seek but it is all I have. My email is always open if you need to vent or talk. Keep your chin up, there are many of us who are walking in the same shoes as you honey.......For the others, please feel free to add anything you wish in the comment box. Perhaps there are others who have different coping skills and most definitely point of view!